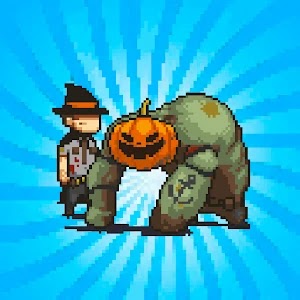 Dead Ahead: Zombie Warfare is a strategy mobile game developed and published by Mobirate for Android and iOS.

Dead Ahead Zombie Warfare is the sequel to Dead Ahead, It was released on the 8th of March, 2017. In this game, you have to defend your bus from the zombies while destroying the enemy barricade to make the way for your bus to pass.

Defend your Bus and Survive!

Your main objective is to defend your bus and survive in this pixel-styled tactical game! You have to use both offensive and defensive strategies to defeat the hordes of zombies and destroy their barricades to progress further.

Be creative and make a strong team using the right types of units, upgrade your team units and bus, use items such as Molotov cocktails and grenades to slay the zombies and create your own legacy! 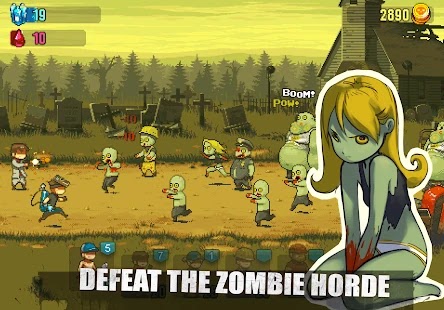 Lots of Survivor Units and Zombies

Dead Ahead Zombie Warfare have many survivor units to choose from. You will have to unlock them by fulfilling the requirements, every unit has its own stats, summon cost, cooldown, fighting and weapons styles. This game has a lot of zombies as well.

Go ahead and build your own team! 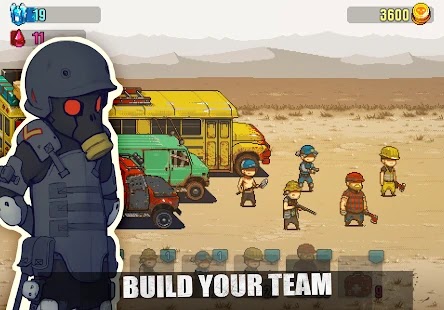 Dead Ahead Zombies a has huge world with a large number of locations.

Locations are commonly referred to as stages, you can unlock missions in each location by completing the previous missions, locations can be expanded using the fuel as well. 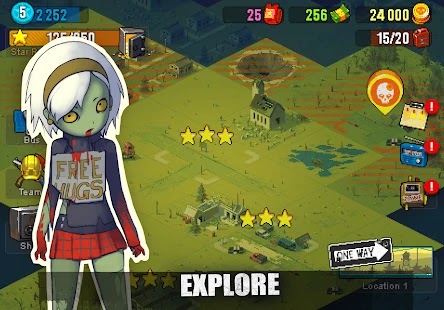 Dead Ahead Zombie Warfare Mod apk comes with Mod Menu UI which gives the player ability to toggle the mod features at any time in the game. Using Mod Menu, you can easily disable or enable any mod features you want. Dead Ahead Mod Menu has 5 mods, No Spawn CD/Cost, Win Battle, Lose Battle, Enable Advance Battle Menu, and Free Shopping.

By using this feature you can summon as many units as you want even if you don't have enough courage resources, it will also disable the recharge time for units so you can spawn as many units you want without any courage or cooldown time.

You can instantly win any stage without doing anything by using this feature, just enable this feature and a stage clear screen will appear!

Well if you want to lose a stage then you can use this feature to instantly lose any stage.

This feature will enable the hidden advance menu for the battle, you can manipulate certain aspects of battle using this menu.

Enable this feature before starting a battle and the following options will appear on top of your screen:

Dead Ahead Zombie Warfare Mod Menu has a Free Shopping feature which will give you the ability to buy anything even if you have zero money or gold.

When you buy any items in the game your money or gold will not decrease, you can even buy them if you have zero money and gold. You can buy as many cases as you want, you can also buy units, upgrade your bus and units, buy fuels etc...

Dead Ahead Zombie Warfare is among the best zombie-themed survival game for android, It has nice gameplay, combat, animations, and pixel graphics.

Both Dead Ahead and Dead Ahead Zombie Warfare is known for their humorous gameplay, aside from it it has many unique survival units and zombies models, and a nice stages design. We are sure you will love this game.

How to Install Dead Ahead Zombie Warfare Mod Menu Apk